Joining the Aga cult episode 4: D-day (or should that be A-day?)

Last Monday heralded the removal of the Aga from its old home to it's new one in my kitchen. The Aga man, John called me about 2pm and I closed the shop early and scurried home just in time to see them pulling into the drive with my treasure in the trailer. I must admit when I first saw it my heart sank - remember I had only had one viewing of it before buying it - and now I was seeing it in all its imperfections. I couldn't help thinking of Miss Havisham in Great Expectations - once beautiful it was now faded and dirty and neglected, and it seemed to have more rust than I remembered. Well there was no going back now! Pictures speak louder than words so I've posted lots of photos of the process of getting it off the trailer (with a winch) onto our sloping driveway (which posed some problems) and then down our sloping curved pathway (ditto) through 2 doorways into the kitchen. The whole process took around 3 hours - remember it weighs around 400 kgs. Once off the trailer John, his son James and my son Jonathan used a series of metal pipes as runners and lots of manhandling to move it (kind of the way they built the pyramids really!) John had to remove the towel rail from the front to get it through the kitchen door and once inside we discovered that the plinth David built was way to big for the AGA, but once its on there it's not going anywhere so we'll just have to work around it. Any thoughts I had of upgrading to a 4 oven Aga in the future have disappeared: it was difficult enough getting the 2 oven in!

To my son's bemusement I have already assigned the AGA a gender ( it has to be a women really - warm, versatile and nurturing!) and have so far avoided giving her a name. The Aga man tells me most are called Agatha, but I think I can do better than that!

So here are the pics. I'm writing this as John is installing the flue and the new gas burner so another post tomorrow to show it's transformation. I'm SO excited!! 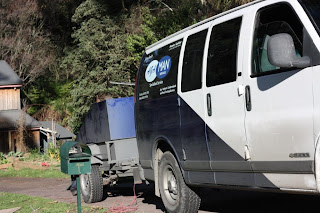 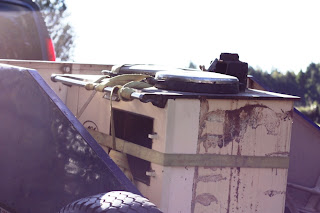 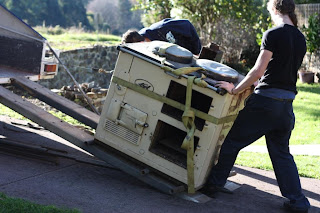 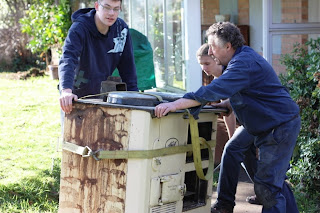 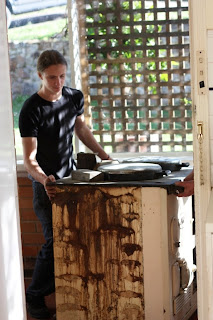 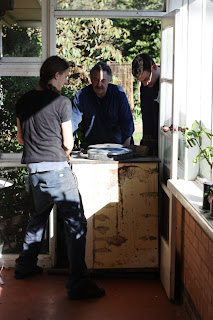 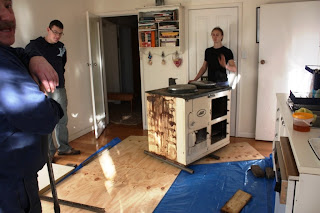 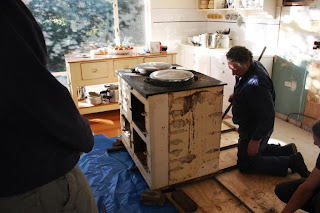 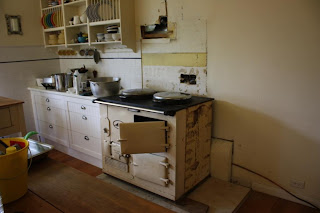 You lucky duck Barbara, One day I will have my Rayburn moved from the shed to the kitchen.
Then I can make my breads and foccacia in Thermie and cook it in the oven. The old and the new.
When I need some culinary therapy , I make the bread by hand ;-)

Love the photo's, Barbara! The Stanley is just as heavy and only one man came to install it!! Fortunately I had the cabinet maker there finishing off moving the cupboards around and he got roped into getting it into position!
What are you going to cook on in summer?
I managed to keep my electric oven and separate gas cooktop, thank god!! I couldn't bear the summer with any extra heat!
Cheers, Amanda.

I haven't decided on that yet Amanda. I am trying to convince myself that it doesn't get hot enough in summer where we are for it to be a problem (and the Agaman reckons he leaves his on all year). HOwever i'm sure reality will prevail and at the moment I'm thinking of maybe an induction oven or combination microwave, or maybe just the BBQ (!)