I've been inspired by an article in The Huffington Post online: '"The most WTF cookbooks of all time" to post a list of my own. Frankly I think some of theirs are a bit tame (Last Dinner on the Titanic for example, which I have in stock and is actually an interesting historical cookbook). So herewith my Top 10 Outrageous and Odd Cookbooks from the shelves of Vintage Cookbooks.


#10: Manifold Destiny, Chris Maynard & Bill Scheller,
Only last on the list because it's been noted and blogged in several places. Manifold Destiny does, as it promises, show you how to cook all manner of things on the engine of your car. Recipes include Scion S'mores, Thruway Thighs and Donner Pass Red Flannel Hash (and if you don;t know what happened at Donner pass, Google it) The authors thoughtfully provide a list of the best 'tuck' spots for various makes and models of cars: 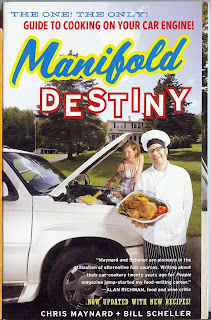 #9: "Cooking for Texture" by Josephine Emlee, Faber & Faber, 1957. This ranks with "A Surprise in Every Dinner" as an unfortunately titled cookbook which really doesn't inspire one to buy or use it. Mrs Emlee's premise is that "a dish may well come with all our requirements in five or six respects and fail completely if its texture is wrong". What follows is actually quite a good book on the science of cooking and food, if you can get past the title. 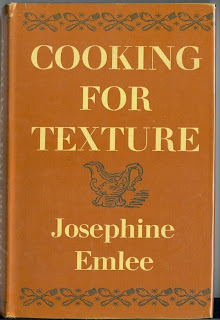 #8: Cool Cooking: Recipes of your favorite rock stars, Scholastic, New York, 1972. Yes this book really is as lame as it's cover art and back cover blurb suggests: "When they get into the kitchen what do the rock stars make? The Jackson 5 - a real cool hot chili con carne; The Who - luscious burnt sugar pudding; George Harrison - Yummy Peanut Butter and Banaa sandwiches. 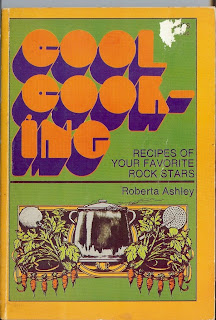 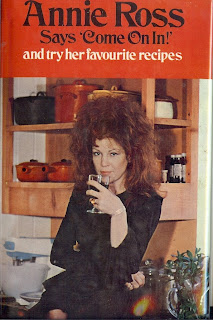 #6: Zorba the Buddha Rajneesh Cookbook, published by Rajneesh NeoSannyas International Commune, 1984. Remember Ma Sheila, the Bhagwan Shree Rajneesh and the Orange People? The sect's restaurants were also called Zorba the Buddha, which was apparently inspired by the Bhagwan's inspired insight that the new man "will be Christ and Epicurus together". 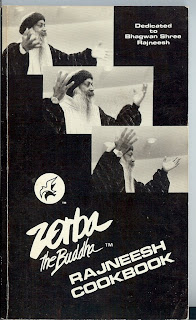 #5: Cooking with Fat, Bantam Book, 1995. An over-the-top answer to "culinary correctness", with such delectable dishes as Beef Intestines stuffed with Schmaltz (which for the uninitiated is chicken fat); Neck Fat Soup; Uruguayan Frog Soup. 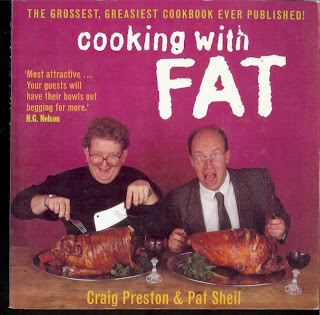 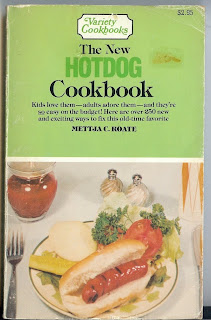 #3: Passport to Survival by Esther Dickie, Bookcraft 1980. OK here is the book for you if you are preparing for global warming, nuclear obliteration or a zombie apocalypse. The four foods are wheat, salt, honey and powdered milk and I was actually surprised at what you can do with these ( plus water). Handy chapters on food preparation, health care and tips on finding water when there is a shortage should equip you for anything. 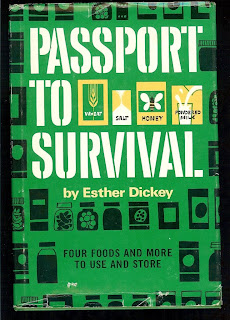 #2 Marijuana Cookbooks: Gourmet Cannabis Cookery: The High Art of Marijuana Cuisine, 1999; Brownie Mary's Marijuana Cookbook, 1996. I shelve these in the herbs section, which is luckily also next to the Wild Foods/Strange Foods section. Gourmet Cannabis Cookery includes growing tips and many recipes for meals and snacks with small amounts of 'herbal butter' as one of the ingredients. Brownie Mary's Cookbook is actually the story of Brownie Mary, the San Francisco grandmother arrested several times for selling pot, with a few recipes including ground leaf or powder. 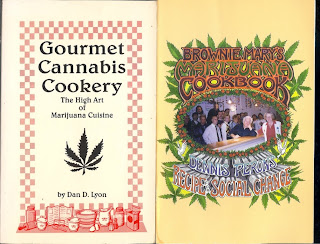 #1: Unmentionable Cuisine, Calvin W. Schwabe, University of Virginia Press, 1979. This unassuming looking cover hides within it a treasure of recipes for anything unmentionable you can think of ( or mention!). Chapters on lamb, beef, pork etc are actually a wealth of offal recipes, with detailed information on preparing and cooking every bit of these animals. There are chapters on game, seafood and shellfish and then we come to "Insects and Land Invertebrates": recipes for Locust Soup, Fried Cactus Caterpillars, Bee Grubs in Coconut Cream and Red Ant Chutney await. And to increase the gross-out factor I'll leave you with the last chapter in this book: Milk, Eggs and Sperm (actually fish roe!). 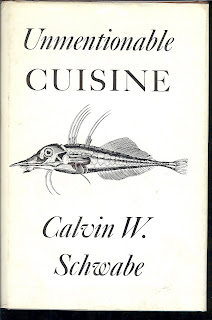