Well the last few weeks have been frantic - a buying trip to Canberra, a selling trip to Clunes and I've also begun the process of reorganising (renovating is too strong a word and might scare my landlord!!) the shop to increase the amount of shelf-space. Followers of my blog may be aware that the shop was on the verge of closing because of the inaction of an uncooperative agent, however the intervention of the landlord (who saw an unexpected 'To Let' sign in the shop one day while driving past) has now ensured that the shop will be here for the foreseeable future. Even when I'm not carting my books to and from various fairs, they sometimes go on excursions without me!! Here are some photos from a recent lunch to launch Jindi Cheese's new range of artisan cheeses. Florist extrodinaire Melanie contacted me about renting some old cookbooks to decorate the tables and at the end of April 100 mainly cheese,wine and dairy books made their way with her to Jindi. Some older books are also about to make their appearance in the Katie Holmes movie "Don't be afraid of the Dark" which was filmed in Melbourne in late 2009. Two of the film's set dressers borrowed books for kitchen scenes and I can't wait to see the results! My books have also appeared on 'The Cook and the Chef' and other magazine articles. All very exciting and not the kind of thing I expected would be a part of this business when I bought it in 2006!! 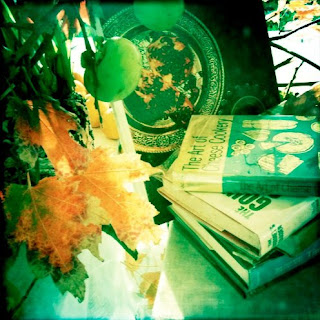 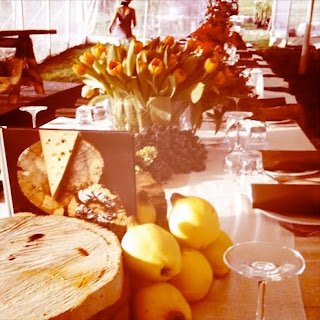 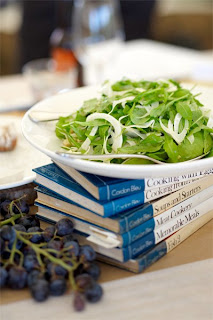